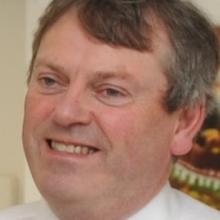 Patrick Dawes.A specialist college has made a rare public call for more funding for adult cochlear implants.New Zealand Society of Otolaryngology Head and Neck Surgery president Patrick Dawes, a Dunedin surgeon, said the college was going public to highlight the situation of those who  missed out every year.It chose the general election period to highlight the "really bad deal" given to candidates for cochlear implants.One in five of those assessed as needing an implant got one. In March this year, 228 adults were assessed as eligible, but funding was available for about 40 per year. Mr Dawes said some people had had to give up their career because of hearing loss, which a cochlear implant could have prevented.The college felt "very strongly" the public should be more aware of how little funding was allocated.One cochlear implant was enough to move a person "back into the hearing world"."It is heart-breaking to watch those not able to access this surgery slowly disintegrate as their lives fall apart, especially as there is a great treatment option that makes an enormous difference," a statement from the college said.The Ministry of Health said in a statement the number of implants funded annually doubled from 20 to 40 in the 2013 Budget."While there is no wait for children to access cochlear implants, the ministry acknowledges that there is a growing demand for adults to access cochlear implant services and that there can be long waiting times for some people."A cochlear implant costs about $45,000 for surgery, implant and switch-on. Its processors need to be replaced about every seven years, which costs about $10,000.eileen.goodwin@odt.co.nz

To locate an ORL/ENT specialist in a particular location, please select the name of a listed